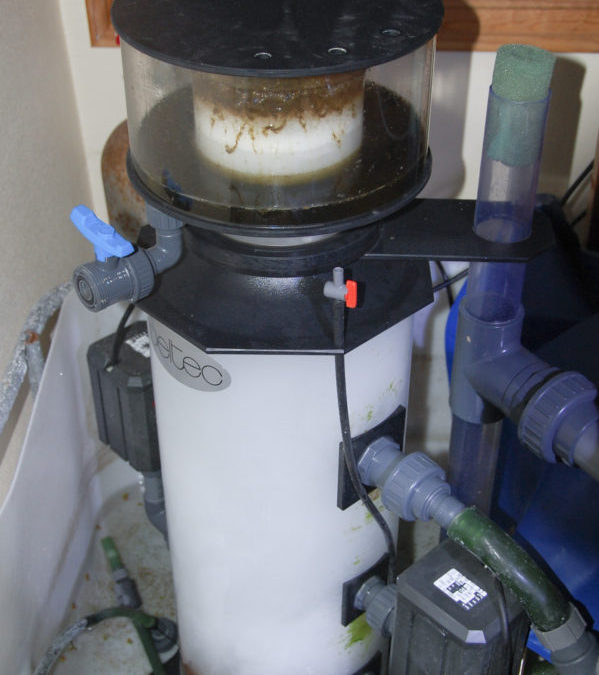 There are three components to every effective aquarium filtration system; biological, mechanical and chemical. There are many, many different setups and every aquarist will have their own opinion based upon their experiences. In truth, many different setups will function well enough to sustain life in an aquarium. In this article, we will review all three of the components necessary for your reef aquarium filtration system.

Where can we find the most captivating and thriving reef structures? In the oceans! So therefore, as we are just mere humans trying to capture this highly complex and ever changing living ecosystem in a glass box, I believe it’s important we try to recreate as much of the ocean’s success as possible. While you read this article, think about the natural occurrences that happen in the ocean. Ask yourself “Does this make sense?” with every component contending to play a part in your reef aquarium filtration system. If it truly makes sense to you in your mind and if you see how a similar process takes place in the ocean, then by all means add that to your reef at home!

Unfortunately, live rock is not rock that gets up and walks around when the lights are turned off. Live rock get its name from the thousands of living organisms within the rock. Think of each piece of live rock as a high-rise apartment complex for beneficial bacteria and filter feeders. Within the pores of each rock, there can be many hidden organisms including nitrifying and denitrifying bacteria, starfish, worms, etc.

Like live rock, live sand is used as additional surface area to host beneficial bacterium. But, fish feces and other detritus can be collected here if they can float down so, the sand bed must be vacuumed with a siphon vacuum often to prevent this.

Bio-Balls are placed in large quantities in the first chamber of an aquarium sump and used as additional surface area for beneficial bacteria to grow. There’s a lot of controversy surrounding the efficiency and effectiveness of bio-balls in the aquarium system. Some believe they serve the purpose they are intended for and they are worth the purchase. While the other half believe that the bio-balls are incapable of housing the necessary bacteria and will eventually become a large producer of excessive nitrates in the aquarium. The skeptics also argue that the space being used for bio-balls should be used for as much additional live rock as possible. I cannot confirm or deny the true effectiveness of bio-balls for your reef aquarium filtration system BUT, I can confirm the numerous benefits to cramming in as much live rock into an aquarium as possible.

Activated carbon plays an important role in the chemical filtration components of your reef aquarium filtration system. Activated carbon can either be purchased in pre-packaged bags, or in containers as granules which can be added into a bag later. I recommend purchasing the carbon by itself and picking up 2-3 mesh bags. The bags can be used perpetually if they are rinsed thoroughly but, the carbon itself will need to be replaced every so often, replacement depends on how much you use and what size aquarium you have.

This is another hot topic for discussion and controversy among reef aquarium experts. Basically, the UV rays that are emitted from an ultraviolet sterilizer are supposed to kill any harmful bacteria or parasites which might cause the outbreak of a disease in your aquarium. Some enjoy this optimistic outlook while others believe it is harmful to the balance of the aquarium. Claiming that the sterilizer kills beneficial bacteria in the process leaving the tank even more susceptible to diseases. You’ll need to ask yourself what makes sense to you here. In 10 years’ time, I guarantee we will have an official verdict on the efficiency of the UV sterilizer but until then, it’s all guess and check.

Here we are, one of the most important aspects of your reef aquarium filtration, the protein skimmer. The protein skimmer has the potential to be the most expensive piece of equipment that you will need to purchase. These can cost just as much as your lighting fixture(s) and the tank itself! Protein skimmers are responsible for “skimming” the water to remove any organic molecules that crosses its path. Allow me to explain, in the largest chamber in the lowest part of your protein skimmer, water is being mixed with air introduced into the aquarium through the protein skimmer pump. This water and air mixture creates thousands of bubbles every hour. In layman’s terms, the organic molecules that are harmful to your system stick to these bubbles and then travel into the collection cup. The collection cup should be cleaned out frequently so that the protein skimmer may continue to collect effectively. Follow the instructions for setup that are included with your protein skimmer, different units have different levels to be set at for optimal performance. It is said that a reef tank cannot thrive without a sufficient protein skimmer.

Mechanical filtration is primarily used to remove any floating debris or particles in your aquarium. The better your mechanical filtration is, the clearer your water will appear to be. If these filters are not cleaned often, the debris that is caught may end up producing even more nitrates, which would soon become known as a nitrate factory. Some reef aquarists believe it is best to completely forego this type of filtration to allow the reef’s filter feeders a chance to catch any of the floating organisms that may otherwise be caught in the mechanical filter.

Filter socks are usually placed below a reef aquarium in the sump. Ideally, placed around the pipe which leads from the overflow of your aquarium and into the sump. This placement allows for maximum flow and almost all the water that is cycled through must first go through these filter socks. Filter socks are used to filter the detritus and particles from the water to create the purest aquarium water.

The cheapest form of filtration is a simple cutout of a filter pad or aquarium sponge to filter any water that passes through and cleans up any floating detritus.

Although science is used in many aspects of the aquarium trade, fish keeping is still far from a perfect science. In a perfect world, we could purchase a 125-gallon aquarium with a 40-gallon sump and we would be rated to hold exactly 4 large fish and 4 small fish. But, there are so many thousands of variations within the trade, no one tank can ever be the same. That’s part of the beauty and the struggle that comes along with aquarium ownership. Be patient, do your research, choose the right brands, ask the right questions, hire help when necessary and you are on your way to a successful reef aquarium!

As always, feel free to email us with any questions that you may have!